Music teacher and drummer . Founder member of Modern Conservatory of Thessaloniki,Greece.He was born at Katerini,Greece. He studied at Swiss Jazz School at Bern,Switzerland, he had teacher the worldfame drummer Billy Brooks. When he came back in Greece he had live concerts with Nikos Papazoglou. They co-operated at the band Tacheia Thessalonikis and at later years in the band COLLAGE , DA CAPO , A LA CARTE , APRIORI, JAZZ QUATRET, PRINCIPAL BIG BAND , TROUBOSKA . 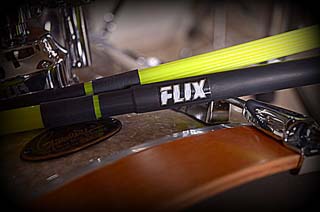 From 1980 till 1998 he performed worldwide tours. His appearences at Athens,Greece had made a big success thus he decided to stay in Greece in order to continue his music career. Kostas was  the director at Modern Conservatory Synchrono Odeum of Thessaloniki,Greece.

Tips
Covering the entire musical spectrum from Jazz, through Pop, Country, Latin and Ethnic to Heavy Rock, FLIX Products are the first choice of many studio, session and show drummers seeking to add a significant new dimension to their playing.